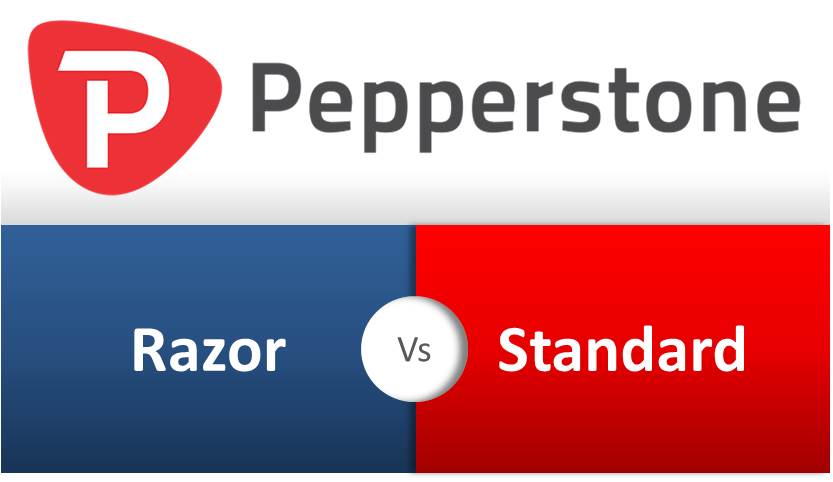 Are you deciding between the Pepperstone razor vs standard account?

This article will help you decide which of the two account types you should trade on.

I will start with a general overview of the razor and standard account types offered by Pepperstone.

Then compare the razor vs standard account to see which one is more competitive.

Pepperstone offers two account types that you can trade on.

This is typical from most Forex brokers but the main difference between Pepperstone razor vs standard account is the spreads and transaction fees.

However, there is a mark-up on the spread.

On the standard account type you can trade from an average spread of 1.0 – 1.3 pips. The EURUSD is used as the benchmark because it is the most popular currency pair traded.

It is usually the most competitive spread available on every forex broker's platform too.

The standard account type is available on all the trading platforms offered by Pepperstone. So you can create this account type on the MT4, MT5 and cTrader platforms.

Which one you choose is a matter of preference however single share CFD’s are only available on the MT5 platform.

Looking at Pepperstone's razor account type features institutional grade spreads with the benefit of no mark-up.

This means that you will be trading on raw spreads, however a fixed commission of £4.59 will be applied per 100k traded. In other words, £4.59 per round turn lot.

This separate fixed commission will also vary depending on your accounts base currency and the trading platform you choose to trade on.

On the MT4 and MT5 trading platforms, the fixed commission is applied as follows;

This is understandable because the standard account allows you to trade on institutional grade spreads with zero commission.

Compared to the razor account, that has spreads from 0.0 pips but a $7 fixed commission per round turn lot. This means that the transaction fee to open and close a deal will be $7 per lot.

The transaction fee is applied in full whenever you open a trade.

The fixed commission is proportional to the lot size and you can trade from one micro lot (volume of 0.01) on Pepperstone’s razor or standard account types.

Trading 1 lot on the Pepperstone razor vs standard account

In reality, there is no such thing as commission free trading in Forex.

Forex brokers are remunerated from marking up the raw spread or by applying a separate fixed commission to your deal.

You are paying a separate fixed commission of $7 per round turn lot, plus the spread.

Or, you are crossing a higher spread whenever you buy or sell a currency pair. All transaction fees are built in to the spread.

This is done by calculating the transaction fees for the razor vs standard account in terms of pips and Dollars respectively. You can learn more about calculating the value of a pip here.

Now we can compare the transaction fees between the Pepperstone razor vs standard account better.

Using the EURUSD spread for this example;

On Pepperstone’s razor account, you can trade from a variable average  spread of 0.0 – 0.3 pips, plus a $7 per lot fixed commission. This is equivalent to trading from $7 - $10 per round turn lot.

On Pepperstone’s standard account, you can trade from a simple variable average spread from 1.0 – 1.3 pips. This is equivalent to trading from $10 - $13 per round turn lot.

Both account types are very competitive by industry standards.

So which one should you choose?

If you are looking for the most competitive account type, the razor account is the one to choose.

It is also the most popular account type for this very reason.

Having said that, some traders prefer the standard account for its simplicity.

Other traders may also be trading with algorithms that only take the spread in to account when executing trades.

You can open multiple trade accounts under your user profile.

So you can create a razor or standard account type with any combination of trading platform to suit your requirements.

Both account types benefit from superior execution speeds and all instruments are available for trading on either one.

The only thing that is left is what trading platform to use, but this is a matter of personal preference.

Click here to start trading from 0.0 pips spread, plus $7 per lot

1 thought on “Pepperstone Razor Vs Standard. What To Choose?” 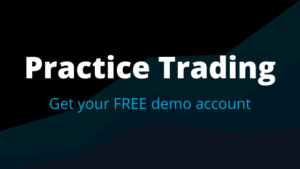 Trade Responsibly: Trading Forex and CFD’s is risky. It is possible to lose your investment quickly when trading using leverage. You should consider whether you understand how CFD’s work and whether you can afford to take the high risk of losing your money. Do not trade with borrowed money or money you can not afford to lose.

Disclaimer: This website is for educational purposes only and is not intended to replace independent financial advice. All information is being presented with care and consideration to accuracy but no promises or guarantees are given. Forex trading is speculative in nature and involves uncertainties. All commentary expressed herein reflect the experiences, views and opinions of the author only. You can use these as guidance to better understand your options before deciding how you would like to invest or trade. By using this website, you agree that you are responsible and accountable for your trading and investment decisions.

Disclosure: This website contains affiliate links to third party products and services. It is a way for publishers to potentially receive compensation for providing free content. This does not have any additional costs to you if you decide to click through and make a purchase. Your support is appreciated.